The graphs below are compiled from official Ministry of Defence data and illustrate the trends in British casualties in Afghanistan between 2006 and when British involvement in the fighting started to decline at the end of 2011. We are fully aware of the limitations in the data released by the MOD, its potential to mislead and its incompleteness. Nevertheless, the official data does provide the best available measure of the cost of war to British forces and was useful for following trends in the conflict. 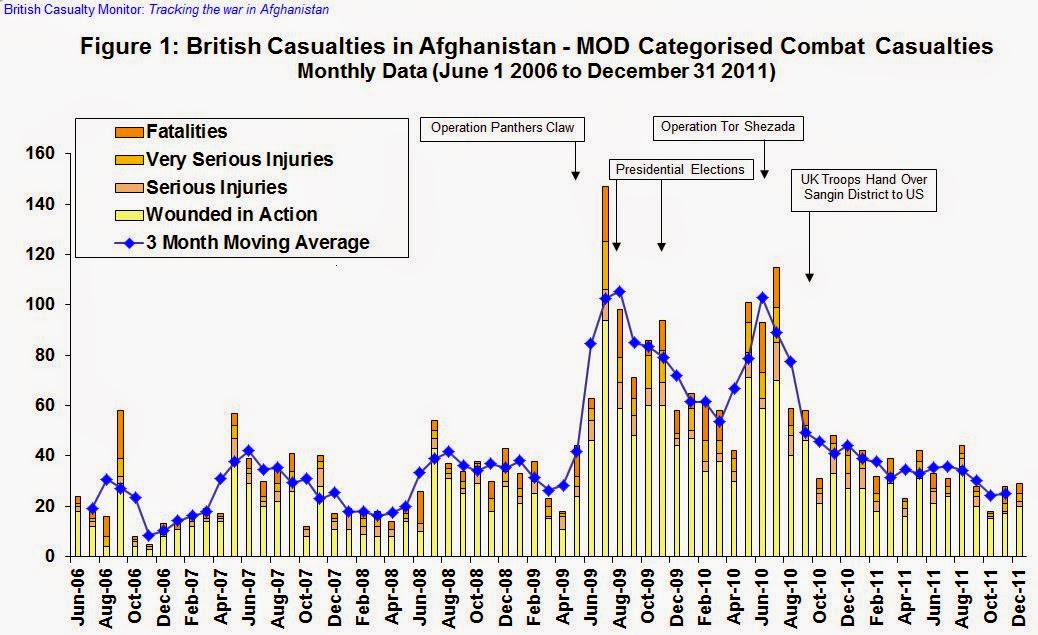 The first chart provides a monthly breakdown of casualties officially recorded by the MOD as being due to direct action, i.e. fighting. The 3 month moving average indicates the trend in combat casualties. As information was only made available on a monthly basis by the MOD from April 2006, the figures are shown from this date onwards. 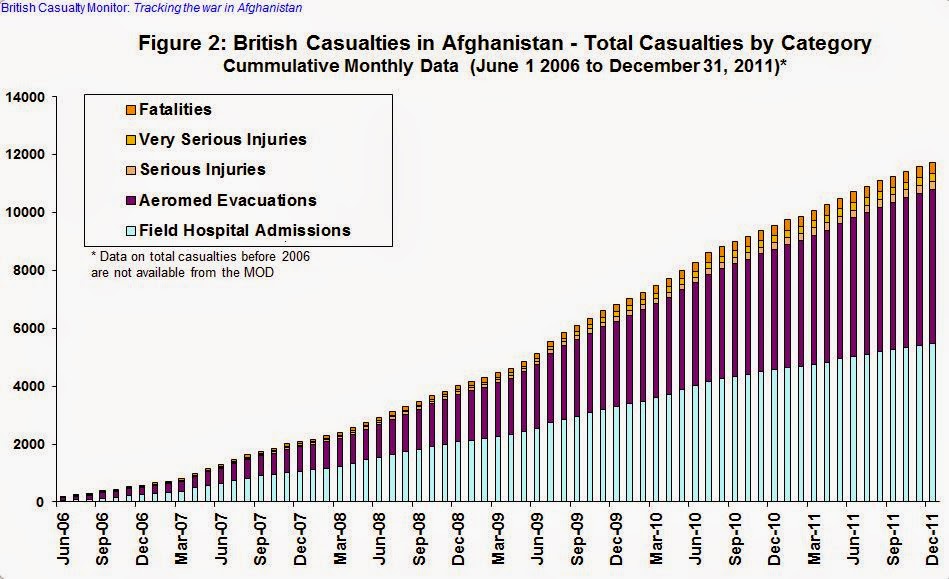 The second chart shows the figures for total casualties reported by the MOD. Due to the way the figures are presented in the MOD reports, it is impossible to be sure whether, and to what extent, double counting may be occurring. For example, soldiers admitted to field hospitals may also be classified as serious or very seriously injured, and could also, in principle, be counted in the aero-medical evacuation figures. However, from the publicly available data it is just not possible to know and we therefore present the sum of the different categories. As such, the figures represent the upper range of the official total casualty count. Nonetheless, the data illustrate that since the beginning of 2006 until the end of 2011, total casualties may have been over 7,000.

The third chart summarises the available data on fatalities and serious injuries since the war began in October 2001 until 2011. A very low level of casualties is seen following the invasion until 2006, when the conflict and British involvement significantly escalates.